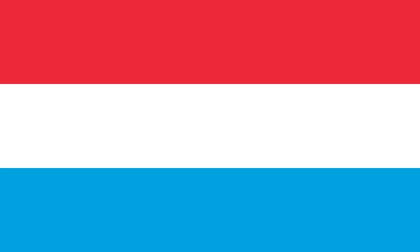 O3b mPOWER is designed for demanding applications with mobility, telecom, government, and enterprise.

Capacity: Terabit-level system capacity based on dynamic ability to deliver thousands of uncontended managed services from hundreds of Mbps up to multiple Gbps per service

Coverage: Expansive reach between 50°N and 50°S – covering 96% of the global population

Falcon 9 is a reusable, two-stage rocket designed and manufactured by SpaceX for the reliable and safe transport of people and payloads into Earth orbit and beyond. Falcon 9 is the world’s first orbital-class reusable rocket. Reusability allows SpaceX to refly the most expensive parts of the rocket, which in turn drives down the cost of space access.

On January 24, 2021, Falcon 9 launched the first ride-share mission to Sun Synchronous Orbit. It was delivering a record-setting 143 satellites to space. And while this was an important mission for SpaceX in itself, it was also the moment Falcon 9 overtook United Launch Alliance’s Atlas V for the total number of consecutive successful launches.

SpaceX’s Falcon 9 had become America’s workhorse rocket, launching 31 times in 2021. It has already beaten that record this year, launching almost an average of once a week. While most of the launches deliver Starlink satellites to orbit, the company is still launching the most commercial payloads to orbit, too.

Falcon 9 is a medium-lift launch vehicle, with the capability to launch over 22.8 metric tonnes to low earth orbit. Unlike any other rocket, its first stage lands back on Earth after separating from its second stage. In part, this allows SpaceX to offer the cheapest option for most customers with payloads that need to reach orbit.

Under its ride-share program, a kilogram can be placed in a sun-synchronous orbit for a mere 1.1 million dollars, far cheaper than all other currently operating small satellite launch vehicles.

The reusability and fast booster turnaround times have made Falcon 9 the preferred choice for private companies and government agencies. This has allowed SpaceX to capture a huge portion of the launch market.

This pad is one of two Florida launch sites leased by SpaceX to prepare and launch its workhorse Falcon 9 rocket.

In 2007, SpaceX leased the pad and converted it to launch the original version of Falcon 9.  It was upgraded again in 2013 to accommodate the larger, reusable Falcon 9 rocket

An accident on September 1st, 2016 destroyed the pad when a Falcon 9 blew up during a fueling and engine test.

The pad was completely rebuilt in just 10 months from mid-February to late-November 2017 and re-entered service with the December 15th, 2017 launch of a cargo Dragon capsule to the International Space Station.

Under SpaceX, the pad has seen many significant payloads launched from its grounds, including:

SLC-40 is located on Cape Canaveral, the primary launch center for the United States.

The Cape is ideally suited for reaching all locations in space the U.S. needs access to while launching exclusively out over the open Atlantic Ocean so as not to endanger anyone on the ground.

NASA's Kennedy Space Center, which occupies neighboring Merritt Island, and Cape Canaveral are often confused with each other or referred to as a single place.  They are in fact separate government installations and launch sites.

A Shortfall of Gravitas (ASOG) is a SpaceX autonomous spaceport droneship (ASDS), operating out of Port Canaveral, Florida. The droneship had been teased by Elon Musk frequently since it was first announced in 2018 and made its debut mission during CRS-23.

During the Titan rocket era, SLC-40 was used to launch two interplanetary missions: Mars Observer to Mars and Cassini-Huygens to Saturn.

With the Falcon 9, the pad became the first Cape Canaveral site to host a launch to the International Space Station.

The pad is located on historic Cape Canaveral Air Force Station, FL - the primary launch center for the United States.

The Florida launch site handles the vast majority of U.S. launches every year and has been the starting point of numerous history-making missions for the United States, including:

See All Launches
SpaceX will launch the Surface Water and Ocean Topography satellite for NASA and French Space Agency CNES that will survey nearly all water on Earth.
Learn More