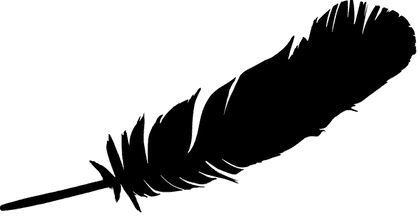 This flight will include Investor Marty Allen, husband and wife duo Sharon and Marc Hagle, teacher and entrepreneur Jim Kitchen, Dr. George Nield who is the president of Commercial Space Technologies as well as Gary Lai, architect of the New Shepard system.

After separating from the booster, the capsule and its passengers will experience approximately 3-5 minutes of near weightlessness as the craft coasts up to a high point about 108 km above the Earth.

Parachutes and a single retrorocket will slow the capsule to a gentle landing in the Texas desert.

The New Shepard crew capsule is designed to take up to six paying passengers or a variety of scientific payloads on safe, suborbital flights.

The capsule has a full abort system, is completely automated, and does not need pilots for passenger flights.

Ticket sales (and prices) are not yet available.

Called the propulsion module, it is the power of the New Shepard design that pushes the capsule up into space.

A New Shepard propulsion module became the first-ever rocket to successfully perform a vertical landing under its own power on November 23rd, 2015, after launching a capsule on a suborbital flight to space.

Named after the first American to reach space, Alan Shepard, the New Shepard rocket is powered at both launch and landing by a single Blue Origin-developed engine.

Burning hydrogen and oxygen, the rocket’s exhaust is pure water, which makes it one of the most environmentally friendly rockets currently flying.

A multi-year program of flight tests began in 2015 and continued into 2021. By mid-2016, Blue Origin began flying suborbital research payloads for universities and NASA.

The flight test program was completed in early 2021 and the first flight carrying passengers to suborbital space occurred in July 2021.

The current and most up-to-date version of the New Shepard launch vehicle is their New Shepard 4 or RSS First Step. This version was the first and so far only vehicle to carry human passengers for Blue Origin.

Its first launch, NS-14, occurred on January 14th, 2021 successfully completing the first of two uncrewed qualification flights needed before carrying humans on board.

On October 13th, 2021 NS-18 successfully launched with a crew of 4 members, including actor William Shatner.

NS-20 launched on March 31, 2022 . With six people onboard, it was Blue Origin's fourth crewed flight, and twentieth flight overall to reach space.

The launch and landing pads are located north of the checkout building and are 3.2 kilometers (2 miles) apart from each other.

After a successful launch, the rocket and capsule separate and take different journeys back to the ground in the desert near Van Horn, Texas.

The rocket comes back using its single engine to slow itself for a gentle landing on a concrete landing pad after it deploys its landing legs.

The launch and landing pads are located north of the checkout building and are 3.2 kilometers (2 miles) apart from each other

After a successful launch, the rocket and capsule separate and take different journeys back to the ground in the desert near Van Horn, Texas.

The capsule arcs up into space for a few moments of weightlessness before coming back down.

Three parachutes deploy and slow the capsule. Then, just before landing, a retrorocket fires quickly to slow the capsule's speed even more for a gentle touch down safely away from the just-landed rocket.

For added safety and redundancy, the capsule can land with two of its three chutes out, and the seats have been designed to flex and absorb g-forces in the unlikely event of an off-nominal landing.

The capsule is equipped with a full abort system to pull its human (or animal and cargo) passengers to safety.

See All Launches
The Russian Aerospace Forces will launch a new Meridian-M communications satellite for civilian and military use.
Learn More