Seventy-three seconds after it launched on January 28, 1986, Challenger disintegrated, killing seven astronauts on board.

Photographer John A. Chakeres, who had spent the four previous years documenting every one of the space shuttle’s launches, was shocked. Soon after, he packed his negatives away in the basement and didn’t touch them again for years. “ 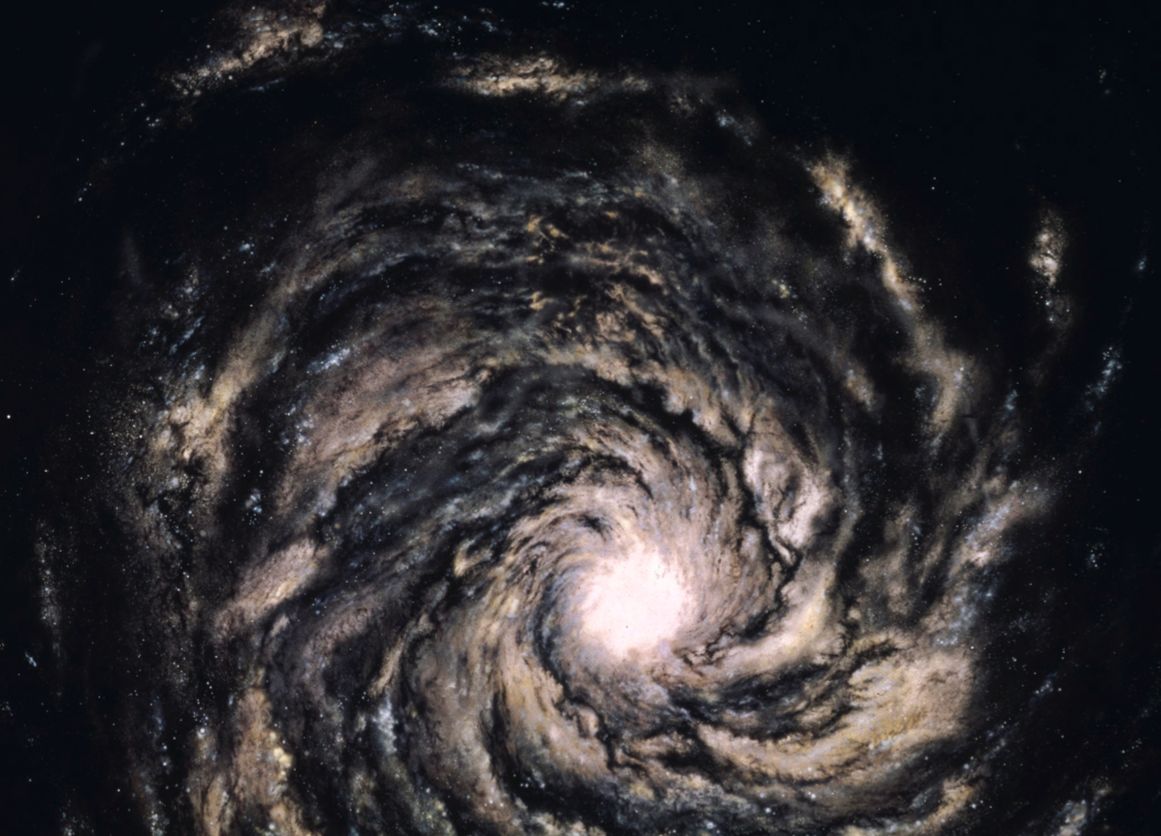 It was like someone turning a switch off in your life,” Chakeres says. “It took me a while to recover.” It was only after NASA re- tired the program in 2011 that Chakeres finally dug his old film back out. The images now appear in his stunning book First Fleet: NASA’s Space Shuttle Program 1981-1986. “I realized I might have captured a unique period if history,” Chakeres says. “If you were there in the 1980s, those early years that I covered, 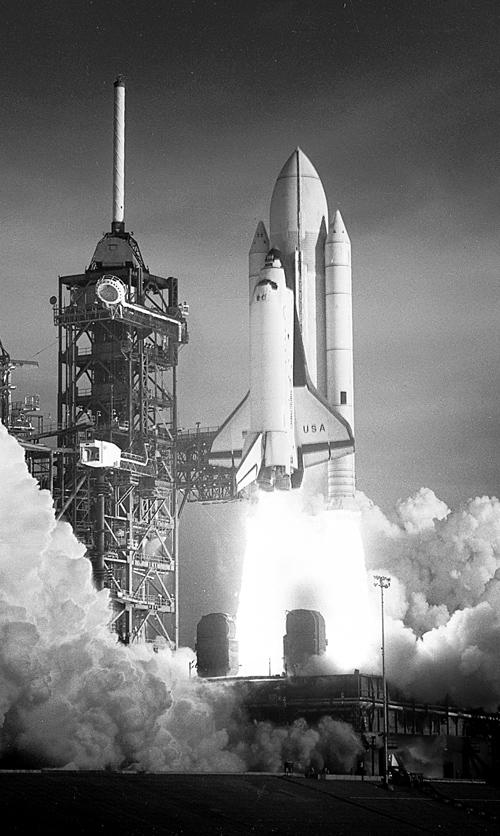 there was so much optimism and promise for what space could offer.” President Nixon announced the the space shuttle program in 1972, proclaiming it would “transform the space frontier of the 1970s into familiar territory.” But it wasn’t until April 12, 1981 that the Columbia blasted o . It was the world’s first reusable spacecraft, a technological marvel meant to make space travel affordable and routine, and the first in a stable of orbiters that eventually would include the Challenger, Discovery, Atlantis, and Endeavour.

They ushered 833 astronauts on 135 the missions that included building the ISS, repairing the Hubble Space Telescope and carrying the first female and African American astronauts into space. The program wasn’t without flaws—not least the Challenger and lat- er Columbia disasters—but it left an indelible mark. “It created a lot of jobs and a lot of the technology we have today,” Chakeres says. “It shows what a great government program can achieve.”

The Discovery launches mission 41G in 1985

The Discovery blasts off from the Kennedy Space Center in Cape Canaveral in this image depicting Mission 51A from 1984.

Chakeres was a wide-eyed third grader in Columbus, Ohio in 1961, the year Alan Shepard rode Freedom 7 into the stratosphere. He wanted to follow. But he didn’t merely don astronaut costumes on Halloween or launch model rockets like other kids. He actually built a full-scale model of the two-astronaut Gemini capsule out of wood, cardboard, and spray paint in his family’s garage. “A friend and I sat in it for, like, three days,” he says.

"Climb Out" from Challenger Mission 41B

Those were busy days. Several times a year, Chakeres would load his Land Cruiser down with camera gear and drive all night to Kennedy Space Center. NASA allowed photographers to place their cameras as close as 1,000 feet from the launch pad but required they stand much further away. So Chakeres would set his Hasselblad EL/M on site a couple days in advance, protected from the aggressive Florida sunshine inside an aluminum case he DIY’d himself. He also used his Macintosh 128K to design a mechanism that tripped the camera’s shutter when it sensed a loud sound or flash of light. For landings, which were much more quiet, Chakeres laid four miles of wire down and built signal amplifiers to trigger the cameras.

You can sense Chakeres’ incredible dedication, awe, and reverence as you peruse his photos. They’re a striking homage to a glorious time in space travel, as well as a rewarding period in the photographer’s own career. “It was a rare opportunity for me as an artist to be able to go back to an unfinished body of work from 30 years ago,” Chakeres says, “to revisit, reimagine and re-experience it.”